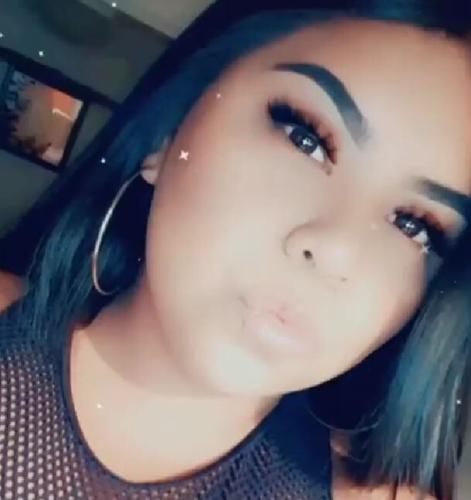 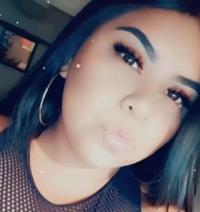 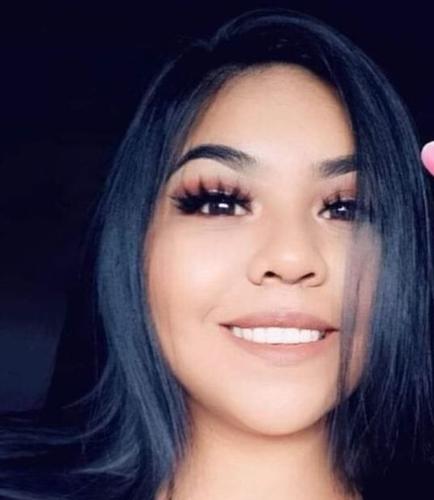 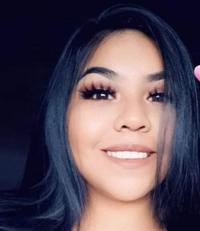 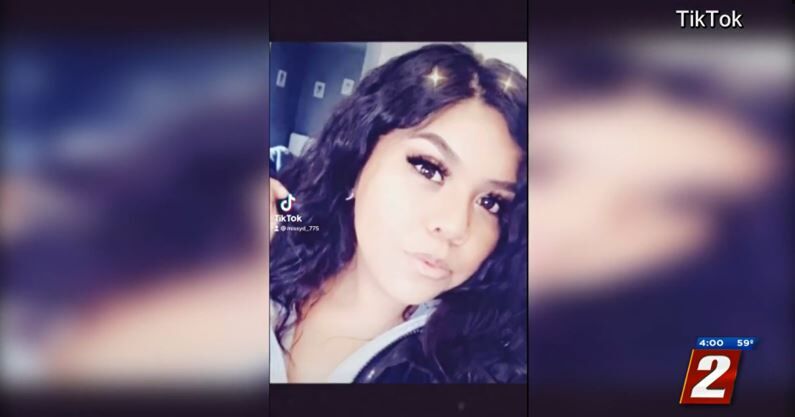 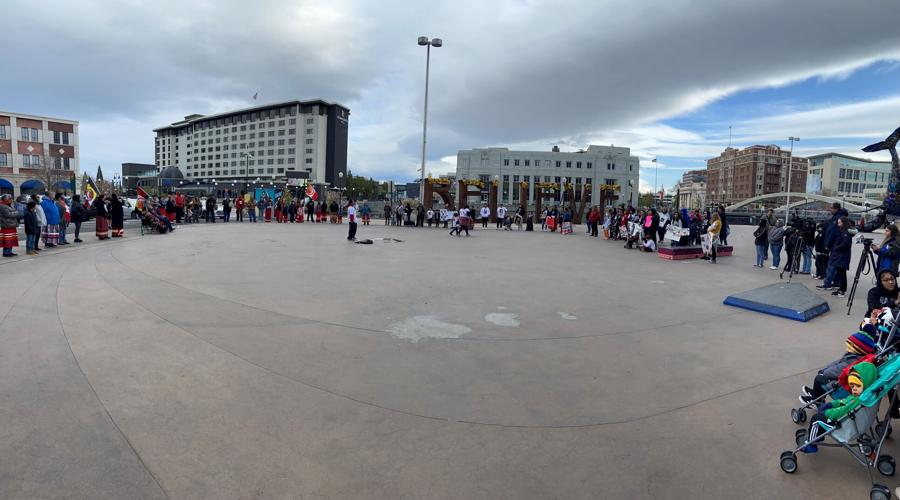 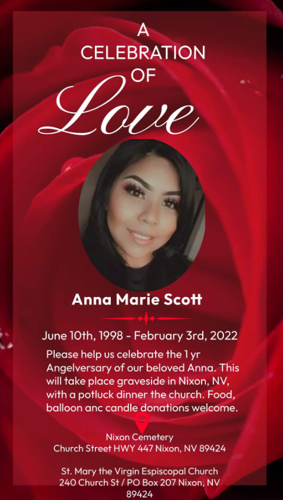 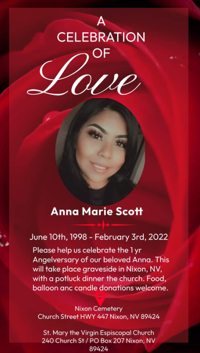 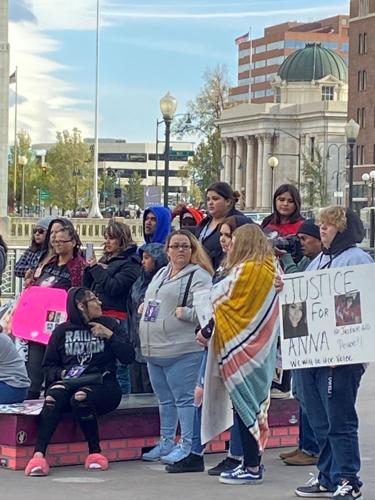 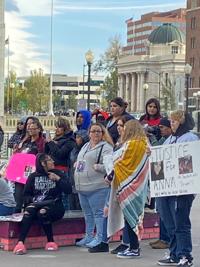 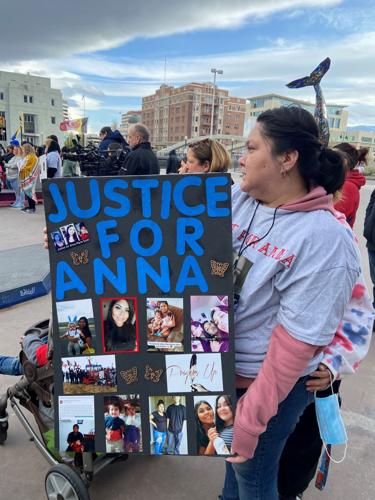 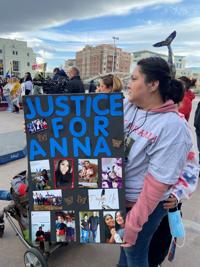 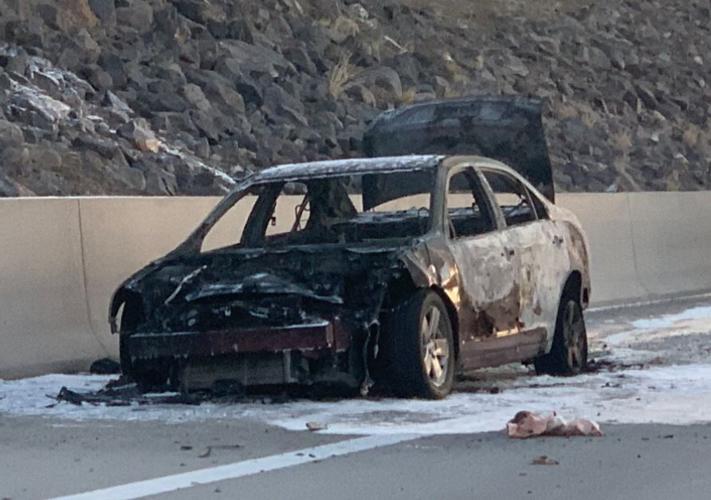 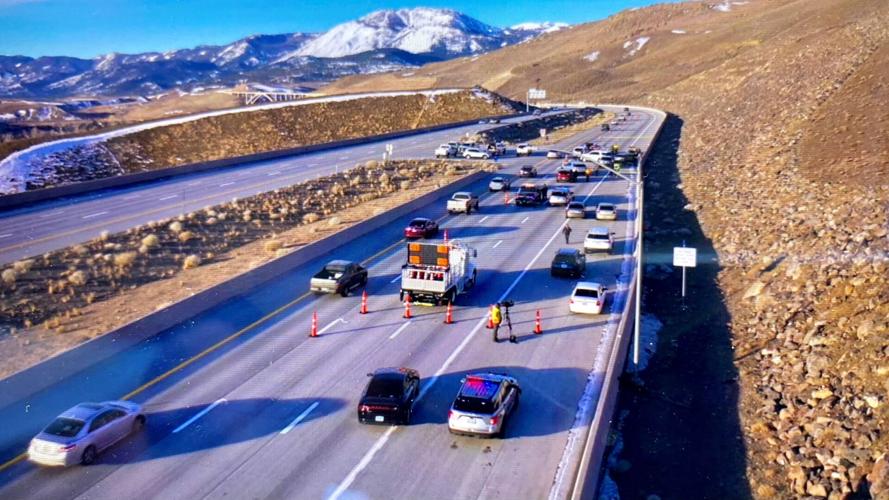 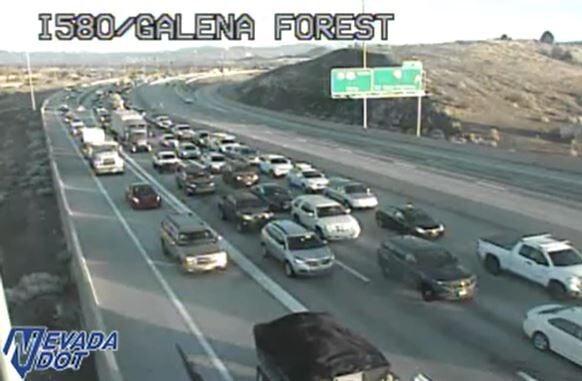 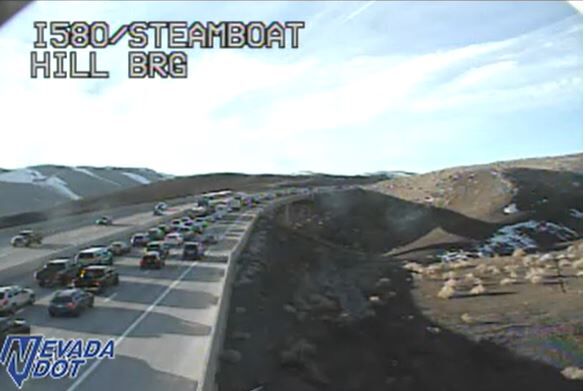 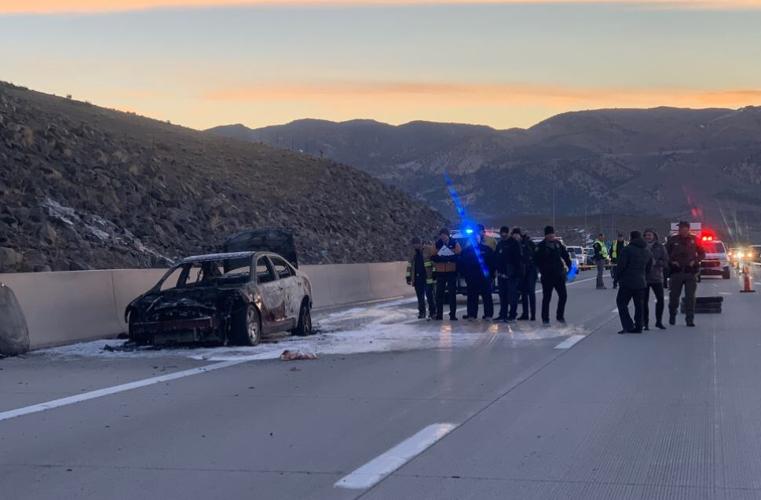 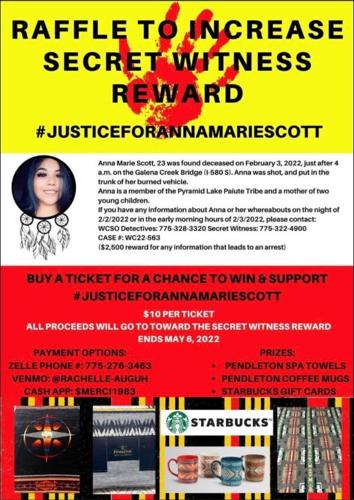 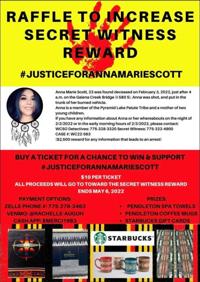 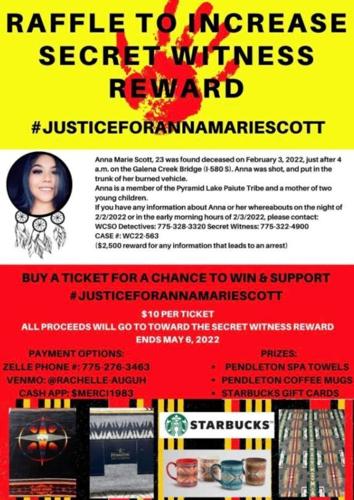 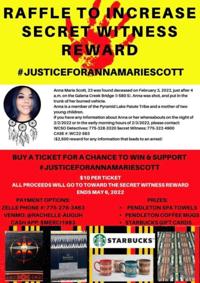 The Pyramid Lake Paiute Tribe is holding a "Celebration of Love" for Anna Marie Scott as the 1-year anniversary of her death nears.

On February 3, 2022, the body of Scott, 23, was located inside a burned vehicle on southbound I-580. The Washoe County Regional Medical Examiner’s Office determined that Scott’s cause of death was homicide.

The Washoe County Sheriff's Office is still investigating the case.

Those who are planning to attend are being asked to bring red balloons and candles.

Secret Witness is now offering a $5,000 reward for information in hopes someone can help solve Anna Scott's death.

The 23-year-old mother's body was found inside a burnt car on I-580 south on the Galena Creek Bridge on February 3, 2022. The Washoe County Regional Medical Examiner’s Office determined that Scott’s cause of death was homicide.

If you have any information that can help authorities, call the Washoe County Sheriff's Office Detective Division at (775) 328-3320 or you can call or text your anonymous tip to Secret Witness at (775) 322-4900.

Many gathered at the Reno City Plaza and marched through downtown on April 13 to bring justice and awareness to the death of Anna Scott.

Victoria Erwin, Anna Scott's stepmother tells us, "It's the most traumatic thing someone could ever go through, just by one persons actions can destroy a whole family."

She mentions how important the march was, not just for Anna, but for other missing girls who have yet to get justice themselves.

"I don't want the people or people's who did this to her think they silenced her, and that they're not going to get caught. So we're going to fight for her everyday until they are caught." She yells to the crowd "We will fight! fight! fight for you!"

The crowd chants, "No justice, no peace!"

They also hope the march encourages anyone who may know something to speak out.

Erwin asks, "Please just come forward anything that you have call the detectives we just want justice for her."

Another speaker yells, "Justice! we will not settle for less!"

Secret Witness says people can't pick and choose what specific cases they will raise rewards for or donate to, and their rewards follow a standard.

An ongoing raffle hopes to raise funds for the Secret Witness Reward for information leading to the arrest and prosecution of a suspect(s) involved in murder of Anna Scott.

On February 3, 2022, the body of Scott, 23, was located inside a burned vehicle on southbound I-580. The Washoe County Regional Medical Examiner’s Office determined that Scott’s cause of death was homicide.

Detectives wish to remind the public that only information released by the Washoe County Sheriff’s Office is deemed to be credible.

Detectives’ primary goal is to solve Scott’s homicide, and to bring justice to Scott and her loved ones.

The coroner says the woman whose body was found in a burnt car last month died from a gunshot wound.

Washoe County deputies say Anna Scott was found dead inside the car on I-580 near Galena Creek just over a month ago.

Authorities are investigating the 23-year-old's death as a homicide.

Scott left behind two children and her family is trying to raise $10,000. Two online fundraisers have been created to help the family.

1/Detectives were called to the scene of a car fire on the shoulder of southbound I-580 at the Galena Creek Bridge early this morning.

First responders fighting the fire found a deceased person in the vehicle. Detectives are called to any deaths with suspicious circumstances. pic.twitter.com/IHqOQPeDo6

About: This will be a March and prayer circle to speak up for Anna Marie Scott. NO Justice NO Peace SAY HER NAME We are her voice We won't stop until JUSTICE IS SERVED. ** Event organized by Victoria Erwin **https://t.co/kI6hL6Crrh #JusticeForAnnaMarieScott #MMIW