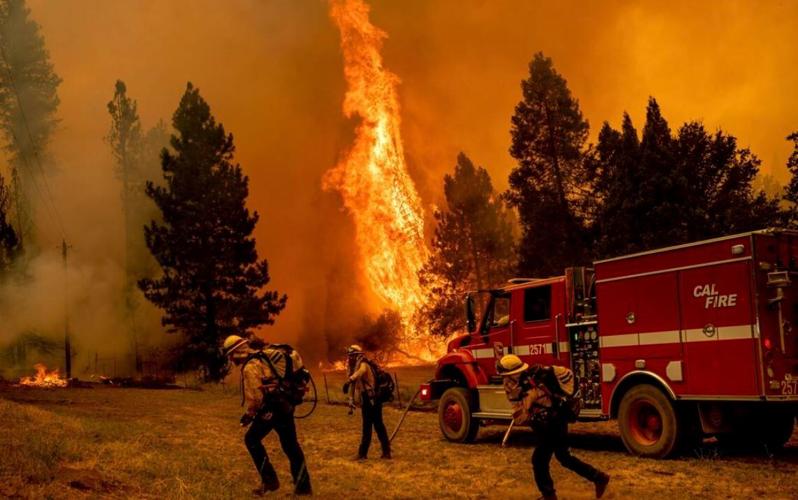 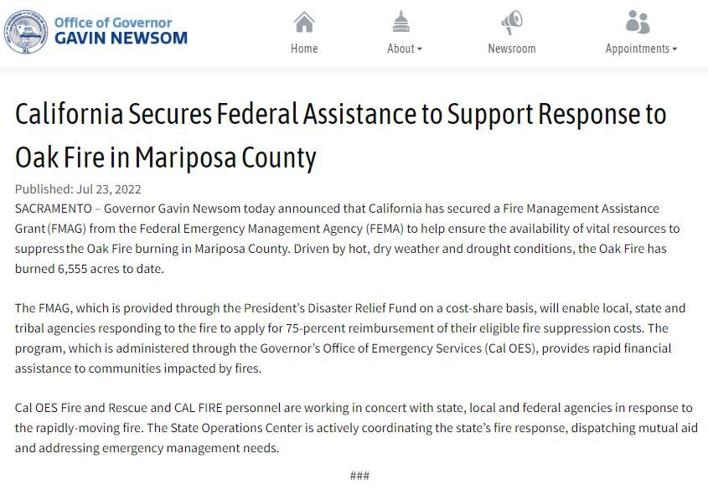 CAL FIRE says the fire is holding at Devil’s Gulch, due to crews working around the clock in hazardous conditions.

Minimal fire activity was observed as firefighters continued to mop up heavy, down fuels and patrol.

More than 120 homes have been destroyed since the wildfire started on July 22. Less than 10 buildings remain threatened.

The cause is under investigation.

Gov. Gavin Newsom previously proclaimed a state of emergency for Mariposa County due to the fire's effects.

The #OakFire burning near @YosemiteNPS, is currently the largest active fire in California. @NOAA satellites are monitoring the blaze, which is being fueled by dried vegetation and extended drought conditions.