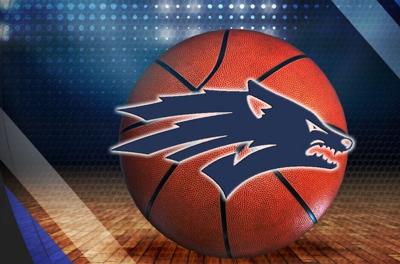 A key 12-0 Nevada run nearly midway into the second half broke open a 47-47 game, and the Pack rolled to a 77-73 victory over Fresno State Friday at Lawlor Events Center.

Desmond Cambridge Jr. scored five points off of steals on consecutive Bulldog possessions, and Grant Sherfield drained a triple with 11:02 to play to put the Pack up 59-47, and Nevada (9-7, 3-2 MW) never looked back.

Sherfield led the Pack with 17 points and seven assists on the night, but it was the hustle play of Kenan Blackshear that made the difference. Blackshear scored a season-high 16 points on 6-of-9 shooting, along with five rebounds and two of the Wolf Pack’s season-high 13 steals.

The Pack’s second-half surge actually started with the final shot of the first half, when Sherfield beat the buzzer with a triple from the wing to cut the Bulldog lead to one at 37-36 going into the break.

The teams slugged it out to a 47-47 tie for the first six-and-a-half minutes of the second half, until Sherfield and Cambridge Jr. fueled the game-deciding run. Sherfield hit a 3-pointer to put the Pack up, 50-47, and, after a Daniel Foster free throw, Cambridge Jr. picked Isaiah Hill and took the loose ball the other way through contact for a layup. The bonus free throw put the pack up seven, and another Cambridge Jr. steal and bucket, this time off an Orlando Robinson turnover, made it a nine-point game. Sherfield capped the run with his third triple of the game, and the Pack was in control at 59-47.

Robinson and Hill kept Fresno State (13-5, 3-2 MW) in close range in the final minutes. Robinson, who scored a game-high 26 points with 12 rebounds, fed Hill for a 3-pointer and foul with 18 seconds left, the four-point play making it a three-point game at 76-73. Hill finished the night with 22 points with five triples.

But Tré Coleman would ice the game with a free throw with 16 seconds to go, giving the Pack a critical conference win.

Nevada hits the road to face No. -/23 Colorado State in Fort Collins Tuesday at 6 p.m. PT.